It might surprise you to learn that Santa Fe is a tremendously popular destination for the film industry. Each year, there are a large number and variety of films and TV shows that pass through the Santa Fe area during their filming process. In fact, film has become such a big industry for New Mexico that there is even a trail called the New Mexico True Film Trail. If you think about it, New Mexico’s popularity as a filming destination makes perfect sense.  Here, we enjoy over 350 days of sunshine each year, and our lands are home to some of the most beautiful and diverse topography in the country.  The New Mexico film industry now spans over 100 years, and includes more than 600 productions.  While you can follow this trail and enjoy New Mexico’s involvement in the film industry at any time, there is perhaps no better time than this December, during the annual Santa Fe Film Festival.  Book your room with us now, and come immerse yourself in the incredible film culture of Santa Fe.

The Santa Fe Film Festival, which runs from December 2nd-6th, is celebrating its 15th year of bringing the big screen to life.  Not only is this event a great time to honor the hardworking professionals involved in every aspect of the film industry, but it brings movie lovers closer to industry specialists through accessible screenings, panels, and workshops.  Screenings of films throughought the Santa Fe Film Festival will include New Mexico and USA Premiers.  This year, some of the featured films at the Santa Fe Film Festival include The Ticket, Tumbledown, Where is Home, Wisdom to Know the Difference, and so many more. 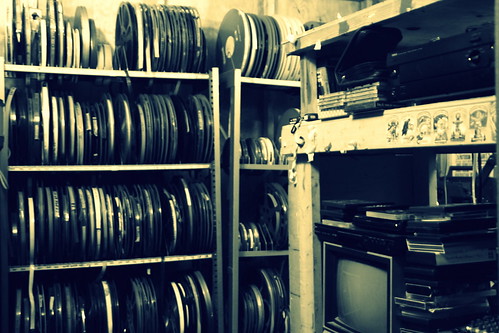 In addition to showing a wonderful variety of films at venues around the city, the Santa Fe Film Festival will feature a broad range of distinguished guests, panelists, workshops, and other events.  Notable panels or events include the opening night party at CowGirl, the “From LA to New Mexico” panel, “The Horror:  Breaking into the Industry For Screenwriters” panel, a look at aerial cinematography with “The Game of Drones”, a wonderful celebration of Amy Winehouse with the “Amy Party”, and a delicious 5 course tequila pairing dinner at Coyote Cafe.  These 4 days are jam-packed with so much fun for anyone who loves the film industry.   Book your room at our luxury Santa Fe Bed and Breakfast, and explore the wonderful world of the Santa Fe Film Festival.